Trine Fjellstad is educated at Statens Balletthøgskole (KHiO) with a Bachelor degree in Pedagogy. She has further education from the Norwegian Academy of Music in Education and Leadership. Trine has worked at different culture schools in Oslo and Drammen. She produced the project ´Glitterbird - dance for todlers´ at the Dance House in Oslo. She has been a choreographer at Det Norske Teatret, NRK and at Spellemannsprisen. At the moment Trine works as a teacher and choreographer at Hammerfest Culture School, where she teaches in different dance styles for children and grown-ups.

Jonas Jessen has a master degree in Audio-design from the University of Århus and a bachelor degree in Communication from the University of Roskilde. He has studied at the European Film College (EFC) in Ebeltoft, and has combined his bachelor with subjects from the department of Film- and media science at Copenhagen University. Jonas has worked with children and youth through Red Cross and other international projects such as A Song for Copenhagen. Jonas is currently working as a sound technician at Arctic Culture Community Centre in Hammerfest. He also works freelance at Lichinger Sound-design doing sound design/recording and video production. 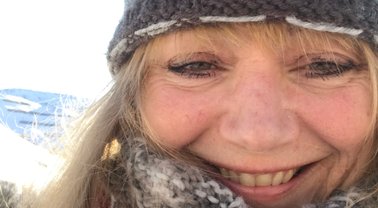